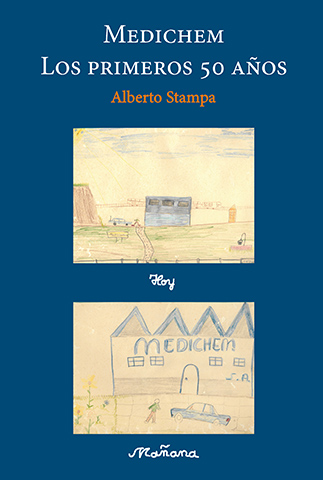 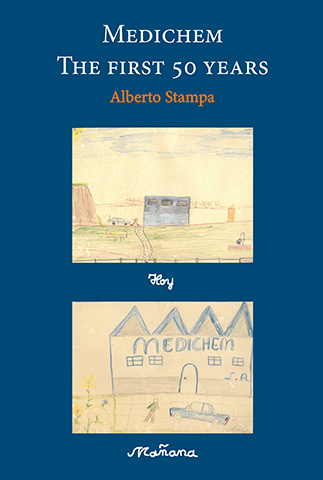 When a small group of people is enthusiastic about an idea, fights for it and pursues it with tenacity and persistence, and when that small group is truly involved in the realization of that idea, most of the time they succeed and make their dream come true. And this was the case with Medichem, something that, given it emerged from nothing, makes me very happy.

I have had these children’s drawings for the cover of this book hanging in my work space at home for almost 50 years. They were done by my son José Luis when he was still a child, and when we still had the factory in Santa María de Montcada. At that time, I had a blue car, the train passed behind the small building, which I rather pompously called a factory, and there was also a well. What is incredible is José Luis’ drawing of the large factory, which was not even planned at that time, let alone designed. The drawing anticipated the shape of warehouse 1 of the Celrà factory, built in 1979, which began operating in 1980. Premonition? Sometimes the prediction of what is unpredictable comes to pass…

Since I started out as an entrepreneur, I have opted for discretion, for a low profile, so I use the word success with some discomfort, because I don’t like to boast and because many others do it much better than me. But if I look back and remember how we started, practically from nothing, and consider how far we have come, it seems to me an irrefutable fact that Medichem has been, above all, a success story. It is quite simply a feat to have stayed alive as a Company for 50 years, because more than 90 percent of the customers and pharmaceutical laboratories from the time we set out no longer exist. They either disappeared, merged with others or were absorbed by larger companies.

When I founded Medichem in 1971, it was that spirit or attitude that spurred me on and ignited the spark that got the Company underway. That spin on things also made it possible for us to take off internationally and to grow gradually, from the first employee at the outset to our current staff. The fact is that Spain in those early years in the 1970s represented only 3% of the world Market for pharmaceutical products and, with that glass-half-full or optimistic-shoe-salesman’s mindset, I thought: “Fantastic, there is 97% where we can sell; let’s go for that 97%. Let’s sell to the rest of the world.”

Medichem currently offers a portfolio that includes 57 product lines in 50 countries on five continents and sells to more than 300 customers.